I created a short 12+ minutes long video about the little known Crazy Horse Memorial in the Black Hills Mountains of South Dakota.

I edited together the 3 minutes intro part of it, which is then followed by an about 10 minutes long mini documentary about the project.

You can download the video in .AVI format and 640×480 pixels resolution (259 MB) free from my Mediafire.com account.

The yet unfinished Crazy Horse Memorial mountain carving is located less than 30 minutes from the famous Mount Rushmore Presidential Memorial where the heads of George Washington, Thomas Jefferson, Theodore Roosevelt and Abraham Lincoln were carved into the mountain rock for the eternity. 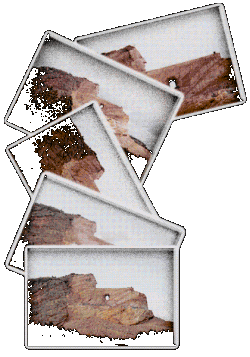 The Crazy Horse mountain carving dwarfs the impressive Mt.Rushmore one in size and scale.

Also the time to create it is an eternity compared to the Mt.Rushmore project. The sculptor Korczak Ziolkowski started working on it on June 3, 1948 and it is still far from being finished today.

In contradiction to the the better known and federal funded Mt.Rushmore project is the Crazy Horse project entirely funded by the people who donate time, resources and money and by the admission to the visitor center and North American Indian Museum, which is located at the mountain base.

The Admission is either $10 per person (children under 6 free) or $27 per car load, whichever is better for you, for visitors with a car or $5 per person on foot, bicycle or motorcycle.

The museum is an attraction in its own rights already and thanks to that did admission and funding increase and with it the amount of progress that is being made at the mountain.

There is also an university and even an airport planned for all Native Americans of North America.

To put its size in perspective… The entire carving of Mt.Rushmore fits into the head of Crazy Horse, which is only one segment of the whole sculptor, which will also include part of Crazy Horses’ upper body, his arms and the head of his horse.

It will be taller than the Washington monument in Washington DC. The stretched out arm will be as long as a football field and enough room for 4,000 people to stand on it.

The Black Hills are holy to the Lakota indians (which is part of the Sioux tribe) and I presume that they were not very happy about the White mens carvings that took place betwen 1927 and 1941.

It must have been like a slap into their face, while they were already on their knees, robbed of their land and cooped into small reservations with less than adequate supply of the basics things to live, but barely enough to survive, at least some of them.

There was nothing they could have done. The would not have been another Little Big Horn, but only another Wounded Knee or worse.

The Crazy Horse Memorial is their answer, slowly, but loud and clear. A slap back into the face of the white man to hurt his pride.

Bigger and better… something that the natives learned and adopted from the white man.

Thanks to the German author Karl May, who has never been to the United States and whos novels about the wild west were and are very popular in Germany, despite their historic inaccuracies, I did became interested into the story of the North American indian already when I was a young boy.

I probably learned more about them as American boys get taught about them in school, which is a shame all by itself. Well, I played “Cowboys and Indians” in Germany too, but in contradiction to when the American kids played this game, the Indians were the good guys and not the bad.

Mt.Rushmore was the most Eastern point of the road trip with my parents and my older sister in April 2004.

My sister knew more about stuff that was going on with the Native Americans today than I did. I didn’t even know about the Crazy Horse project until we got to Keystone, South Dakota and my sister mentioned it.

As a good American you have Mt.Rushmore probably on the list of things to see at least once during your lifetime. If you get around to go to the Black Hills one day, make sure that you pay a visit to the Crazy Horse Memorial and North American Indian Museum as well.

Pictures from my 2004 road-trip, which includes many pictures of Mt.Rushmore and the Crazy Horse Memorial are available at my Google Picasa account. Here are the links to album 1 and album 2 about this trip.

I hope that you learned something interesting today, which hopefully also refreshed some old memories and put things into the right perspective again. Enjoy!