Imagine The Beatles in Love and 20 Years Under the Sun

Since it went so nice with my publication of the Inside La Nouba documentary, I thought that I continue and also publish some other non-available/out of print Cirque du Soleil documentaries.

Imagine ??? The Beatles in Love

This is the 50+ minutes long BBC documentary “Imagine, the Beatles in LOVE” about the creation of the Cirque du Soleil show “The Beatles – LOVE”, which is performed at the Mirage hotel and casino in Las Vegas, Nevada. 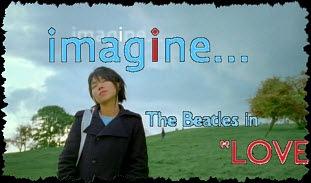 It features commentary by the creators of the show, as well as the remaining Beatles members and the music producers Sir George Martin and his son Giles Martin. It also shows a lot of footage from the Cirque du Soleil show itself, acrobatics, rehearsals and more.

The documentary was broadcast on British television on December 27, 2006 and not officially released on DVD for purchase.

Check out the “Documentaries” or “Cirque on DVD” parts of my Cirque du Soleil primer article at http://www.roysac.com/cirque, which refers to a shop where you can purchase a bootleg copy of the documentary on DVD.

There you can also find the references to the great documentary about the show LOVE, which is actually available on DVD. It is called “All Together Now” and features over 2 hours of great and informative material about the show and the process of it’s creation.

Note: There were some issues with the audio and video being out of sync. I re-uploaded all 6 parts of the documentary once more and it should be fine now. Please use the new links below (second bullet list).??

This is the 58 minutes long BBC documentary “Cirque du Soleil – 20 Years Under the Sun” from 2005 that was created because of the 20th anniversary of Cirque du Soleil in the year before (2004). The documentary does not focus on any particular production of the Cirque, it’s covering the whole spectrum that existed back then in 2004/2005. 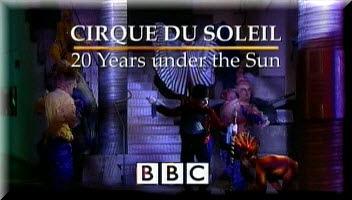 If you are looking for a DVD version of this documentary, you won’t have any luck, because it is not available for purchase. It never was. It was broadcast on BBC television and that was it.

There is a DVD related to the 20th anniversary celebration of Cirque du Soleil in 2004. The special show that they did in the city where their international headquarters is located, Montreal, Canada.

It is called “Soleil de Minuit” or in English “Midnight Sun”. It is not a documentary. It’s a special one-time only live performance in the streets of the city. Check out the “Special Performances” and “Cirque on DVD” parts of my Cirque du Soleil primer article series at http://www.roysac.com/cirque for more information and to find out where to buy the DVD online.

You can download the entire documentary video in .AVI format, 482 MB in size, 704×400 pixels resolution, codecs: XVID/MP3, at my MediaFire.com file share at: http://www.mediafire.com/?a0wykmtizc2