I drafted this blog post on January 13th already, but wanted Scour to review it first. He did not respond to my emails and I wasn???t able to catch him on IRC either. He got the text though. A chat with Barium on IRC on January 14th indicated that Scour got the draft. Communication is definitively something we need to improve on a lot, but then this post is about the lack of it anyway.

Today is January 23, 2010 and I decided to publish the post and assume that Scours silence is to be understood as an approval of my write-up. It???s something positive after all. I was more concerned that I missed something from out long conversation, but I am now getting ahead of things. Let???s start from the beginning:

The year 2009 finished good and bad. It saw the release of the first Superior Art Creations art package in over 2.5 years, show-casing high quality art by talented artists. Unfortunately this great event was overshadowed by things that happened in the background and dragged intro the open by writing things into the release NFO file of the pack that probably should never be written. Written words can all to easy be misinterpreted entirely. I know this very well from personal experience through my blogging. The things stated in the NFO were bad, but most of it was written under false or incomplete assumptions. I wasn???t innocent either, because I also assumed things that did not happen or were not true. This chain of misunderstandings and false assumptions leads to disaster and Scour und myself did seek each other out to talk with each other before things get really bad und won???t be of any help to anybody of us.

On January 12, 2010 I installed a trial version of MIRC and connected for the first time in several years to the IRC. I think that I mentioned in other occasions already why I am avoiding IRC on purpose. It has nothing to do with the people, but the amount of time that I used to spend and for a large part wasted many years ago on EFNet. I should have pay a visit once in a while though, because this could have prevented things like the ones that just happened.

Anyhow; Scour was online and I told him that a chat will not do it and probably lead to more misunderstandings. Text does not transmit emotions very well and smileys are also a poor substitute for the real deal. So we hooked up via Skype and had a very long conversation about the past, present, SAC, our life???s, the scene in general etc.

What became clear quickly was the fact that we shared the same fundamental goals and also cared deeply about the group Superior Art Creations. Once this was realized, it became clear that any petty differences that might stand between us must and can be overcome in order to accomplish our higher common goal.

False assumptions and incorrect facts also became apparent quickly and events were viewed differently by both of us, once we got all the relevant facts straight. All the false assumptions combined with a bad day and the last minute stress to rush out the release on time as promised resulted in the choice of words that were regret afterwards, but cannot be retracted unfortunately. But apologies were made, by both of us actually. 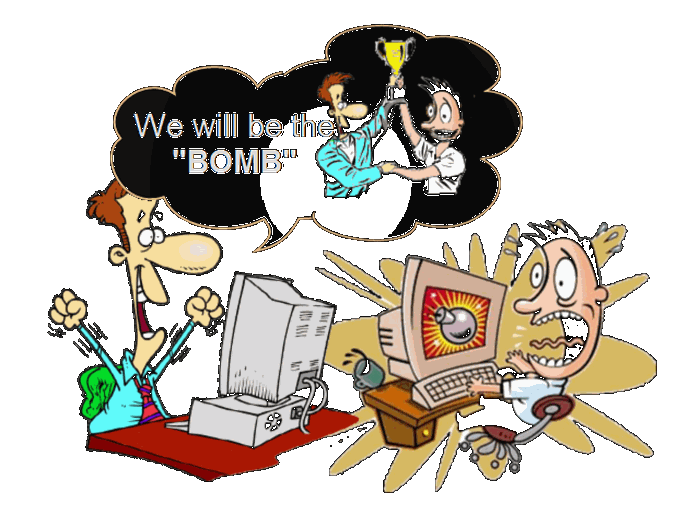 When it came to the present and future of SAC, things also became clear. The assumed conflict was not there. I, Roy have neither interest nor the time to run an active art group, but are strongly interested in the preservation of it???s past and legacy. I believed that the Pack #36 was supposed to be ???retro??? or ???remembrance??? pack to celebrate the old times and allow former and retired SAC members to release the little bit of artwork that most produced over the years even though they were retired, like I did myself. The text in my intro design for the pack, using the hated OSDM attests to that. Shocking as it may sound to some, for the SAC Pack #36 that I believed it to be, using an OSDM intro to go along with it would have been perfectly fine. But SAC Pack #36 was not supposed to be a ???remembrance??? pack to whine after the long gone glory days of the past.

Scour worked behind the scenes (from my point of view) to revive the group entirely and actively. No reunion of old men, but the coming together of a young and motivated crowd to take SAC once more a notch higher in the scene and fight for the top position in today???s art scene. BIG DIFFERENCE! Would an OSDM intro okay under such circumstances? Heck no! Also some of my work that only reached Scour on the last day before the pack release through several detours and not directly from my email as I had assumed, would not have been appropriate of the pack that Scour had in mind. We talked about how to incorporate retro stuff in new SAC Pack releases to pay tribute to the past and also to allow retired SAC members who get requests for specific art today, namely old fashioned art that they did when they were active, to release under the SAC label und not anywhere else. Many long time members and also I were always SAC and only SAC. I don???t want or need a new group to publish once in a while the little bit of stuff that I do, when it itches me. Details how this will be accomplished are still debated, but a solution will be found, because we want to.

Since I did and are also still willing to do more work on a Superior Art Creations official web site, I will continue with those efforts and now also get some help from active SAC members. Next to the history also some new stuff could be added to such a web site where it makes sense. The location at RoySAC.com was never meant to be the ???Home??? for the group. I stated that already multiple times on the site itself and elsewhere. Where the home will finally be, is not decided yet, but SuperiorArtCreations.com seems to be a good and logical choice, since we have already everything in place to rebuild the SAC Homepage under this URL, domain ownership etc.

To make it more clear, although I said it already. I, Roy am not interested in running the affairs and the group today. Scour is eager to do this job and I don???t envy him, because I know how hard and time consuming this task is (not to mention ???nerve wrecking??? hehe).

We are now looking forward to work together on our joined goals. We also know how to reach each other now and I hope that we will be able to meet each other in person when Scour is able to make it to California for some other reason in February, which is next month. That would be really nice and definitely worth for me to make this trip down to the greater L.A. area to see each other face to face.

I am posting this in collaboration with Scour to make sure that nothing was missed or maybe written in a way that could be misinterpreted and cause new problems again.

I added SAC Art Pack #36 to the Superior Art Creations Art Packs Releases page, where you can also find a link to download the release ZIP file from a server that I control?? (to make sure that the link does not go bad any day soon). Its content can like the previous pack releases be browsed online. Browse SAC Pack #36 now! I also added the new artists to make sure that they appear properly on the artists browse page. Enjoy!