Uh, my second post today. Well, I am German and we celebrate Christmas on the 24th (Christmas Eve). On Christmas day we usually only have a family lunch, which is kind of difficult for me to attend today, since I am living several thousand miles away from Germany and my parent now, in the much warmer California hehe. So I don???t have anything better to do than to write some overdue blog posts hehe. 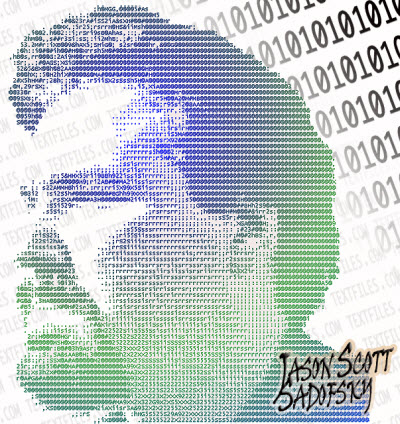 A quickie, for all the fans of Jason Scott and his non-mainstream projects that usually involve computer history.

He finished his latest project, which is a documentary DVD (2 Discs) about Text Adventure games, you know, Zork and those kind of games, the kind of games Infocom is famous for. The documentary is called ???Get Lamp??? and I am not sure what it means exactly. I know that it could be a command from a text adventure game, but I don???t know if it is from one in particular. I hope the documentary itself will shed some light on it.

The 2-discs DVD will go on sale in March for $40, but for the fans, who pre-order the DVD before the end of the year, it???s only $30, a 25% discount. Details can be found at his blog here. If you missed the opportunity to snatch up the DVD for the discount, I recommend to get over this missed opportunity now and go buy it anyway. You don???t have to buy the latest blockbuster movie DVD instead. You can download those via torrents. Rather spend your money on something where it is put to good use. In this case you can be sure that the person who deserves the money will also get it. hehe. (No, I am not getting paid by Jason for saying that)

For those who don???t know what text adventures are. Imagine an interactive book that tells you everything that is happening and where you enter commands and instructions in English and the story will change based on your commands and actions. No mouse, no fancy 3D graphics, not even the EGA blocky 16 colors low-res graphics from the first titles of the Sierra adventure series titles like Kings Quest, Space Quest, Police Quest etc.

Here is a short teaser video for the DVD.

If you don???t know who Jason Scott Sadofsky is, you might heard about his other projects. He runs the archive web site Textfiles.com, which has various sub-branches like artscene.textfiles.com, cd.textfiles.com and many more, where you can find historic PC text files, images, zip-archives etc. from the era of the bulletin board systems and beyond. He also create the 3 discs documentary DVD ???BBS ??? The Documentary???, which he released under ???Creative Commons??? license to make it more accessible and don???t have users to deal with all the legal copyright and copy-protection bullsh*t. If you like it, you will probably buy it, like I did, twice hehe.

Well, I bought my second copy to get it signed by Jason at DefCon 15 in Las Vegas in 2007 where he was a speaker also. He also speaks at other conferences like Notacon and his sessions about various different and not related to each other subjects are interesting as well. Even if the subject might not be of your interest, its also entertaining just to watch him doing his ???thing??? hehe.

He also has a blog where he rambles about god and the world and if you are a Halo 3 fan, you can watch some of his game session video captures on YouTube.

Interesting mix, right? So now you got an idea of what to expect from the ???Get Lamp??? documentary DVD. I have to admit that I never played text adventures myself. I like adventure games though and the first ones I got to know and play where the early Sierra On-Line and Lucasfilm Games adventures (yeah, you heard right, Lucasfilm Games, that is what his game development company was called at first, before they renamed it to Lucasarts). However, I know the other things that Jason did and does and no matter the topic, it???s always interesting and entertaining at the same time. That alone is worth every penny to me.