I posted yesterday Part I of my findings about the Superior Art Creations (SAC) Art Pack Releases.

I was sorting today through the ANSI and ASCII releases and also uploaded all the music files converted to MP3 to Mediafire.com for download by anybody who is interested and not able to play back the music in its original format (MOD, XM, S3M, DMF, IT and SID). You can find them all at this web address. More download links can be found at the end of this post. 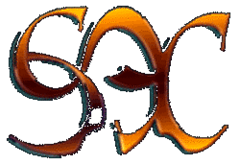 I shouldn’t have made jokes about the file duplications by some of the SAC pixel artists by saying “funny, he obviously had no directory with all his art work in it, like the rest of us hehe“, because it appears that I made the same error myself a few times when it comes to my ASCII art releases. I file name duped pretty often actually so I should have kept my mouth shut, because it seems that I am the worst offender of them all hehe.

But more to that a but later. Lets start with some additional music dupes that I found. I believe the following facts might not be as interesting as the stuff in my previous post, but it is interesting for me and maybe a few folks out there and that is enough for me to publish it on my blog hehe. Sorry

I did not catch it myself. It was Mediafire.com who does automatically a de-duping based on the MD5 hash (obviously). The fact that the files have the same size in MP3 and SID format (MP3: 4,799,520 bytes, SID: 6,142 bytes) made me wonder, because I noticed this during the conversion.

There are in fact 25 unique SID songs by Maktone, MRD and Crome that have the same size. I tried a few to see if there are dupes, but the ones I checked were fine. Below is the list of the 25 songs that I mentioned.

Obviously not, because there were two real dupes actually.

Btw. Just for clarification, in the case that you didn’t get it already, File Name Dupe means that the two files have the same name, but differ in size and/or modified date. Full Dupe means that not only the file name is the same, but the size and last modified date as well.

Special ASCII Packs (which were already included in my original count)

Found another music dupe, Crm_Turr.xm Pack 21 and crm_turrica1.xm from pack 23 are the same. I discovered this one by accident.

I had the music disks not in my original count. I used the dedupe feature by Mediafire.com for the MP3 to find out, which songs in the MDs where new or new versions of older songs that were already released in SAC art packs.

SvenZZon included a little intro with his music disk. I did not realize that until yesterday. Here is a capture of this mini intro. It’s from 2004 as his music disk. Code by Red and Graphics by Webpige0/SAC. Music by SV of course hehe.

Backup Link to Video on YouTube.com
Download the video in AVI format from Mediafire.com

I then also found an intro with the same file name (except SACtros where it is expected).

The date and size of the executables are different so I count the re-release as a file duplicate only although its not an entirely new intro (borderline cheat hehe).

Okay, that’s it for now.