The Berlin Wall and the Walls between Us

I created an extended version of my video about the Berlin Wall. I was born and grew up in Berlin and was 15 years old when the Wall finally fell on November 9th, 1989.

It’s a personal subject, as for all Germans, especially Berliners who were affected by it the most. It will be soon 20 years, in one year and a few months, since this historic event occurred. It seems to me a long time ago, although I have many vivid memories of events from back then that seem to have happened only recently.

Maybe the global events of the past few years that are IMO disturbing and the parallel development of a global sense and community because of the Internet, which attempt to counter those negative events, brought some of my old memories back into my mind.

I never felt compelled before to talk or write about the historic events that happened in my hometown and which I was able (in part) to witness myself. I never owned or wanted to own a piece of the Wall, which is not unusual for a child of that city. I would say that you probably will have a hard time to find a Berliner who has a piece of the Wall, if you would start looking for one. I am pretty sure about that.

Remember history, because history tends to repeat itself! That is an old and true saying. It is especially true unfortunately, for things that should not be repeated at all, but people forgot about how bad it was over time and then allowed it to happen again.

Maybe it’s the creation or fortification and militarization of new and existing Walls that were and are being erected between people at many places around the world. Walls are bad, they separate and isolate. They segment people who should not be segmented. Walls that separate families or big group of people are causing suffering, pain and even death.

Most Walls are unnecessary and should not be erected and it only happens, because people allow it to happen. If people would say “no more”, those Walls would fall and crumble, just like the Berlin Wall did in 1989. The Berlin Wall example also shows that Walls can be torn down without violence or war.

My video is 13 minutes in length and contains material of over 30 video and audio sources and over 70 images and over 470 words of text annotation and caption. Feel free to share and distribute it.

The Story
A journalist from the West German newspaper “Frankfurter Rundschau” asked the question, if the creation of a “Free East Berlin” means that a border will be erected at the Brandenburg Gate.

“I understand your question like that there are people in West Germany who wish that we mobilize the construction workers of the capital of the GDR to erect a wall, yes?

Nobody has the intention to build a wall.”

That statement was a straight and convenient lie. During the night of 12-13 August 1961, a barbed-wire entanglement was hastily constructed through the heart of Berlin. 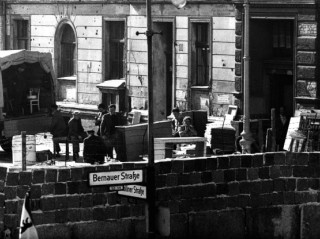 Just two days before the barrier was erected 1,500 refugees had moved to West Berlin. Watchtowers punctuated the city limits and the temporary barbed-wire constructions were soon replaced with concrete. Within a year the Wall was seven and half miles long and fences stretched the remaining 91.7 miles around the city.

The wire fence and small brick wall segments were replaced in 1965 with a concrete wall. Between 1975 and 1980 the final and most sophisticated version of the concrete wall was built. It was made up of 12ft tall and 4ft wide reinforced concrete segments and the top lined with smooth pipe made of concrete to make it harder to climb.

Border Guards had the order to shoot anybody who attempted to cross the border and ignored the guards order to stop. Over 200 people who tried it died.

The wall fell on November, 9th 1989 without a single shot being fired or anybody getting injured. The first segments of the wall were demolished within the first few weeks.

Within a few years only very little remains of the Wall were left and had to be preserved be declaring them a historic monument that is not to be demolished.

The largest remaining segment of the Wall is the “East Side Gallery” near the Oberbaumbr??cke along the Spree River. Another segment can be found north of Bernauer Stra??e. The third and last segment still in existence is located at the location of the former Gestapo head quarters between “Checkpoint Charlie” and “Potsdamer Platz”.

The Berlin Wall separated physically and spiritually families, friends and fellow Germans for 28 years. It was causing hundreds of deaths and inflicted pain and suffering for millions of people of two generations.

Much good information can be found at a special section of the Berlin.de website. It’s available in SIX different languages, German, English, Spanish, French, Italian and Russian.

Over 100,000 people attempted to cross the border between East Germany and West Germany or East Berlin and West Berlin between 1949 and 1989.

About 1,000 people died. Not all deaths are the result of shootings, many drowned, suffocated or died as a result of hitting a land mine or triggering a spring gun, which were installed by the East German border guards to prevent border crossings.

The first victim of the Berlin Wall was Ida Siekmann on 22th August 1961 who died as a result of her injuries caused by her jump out of a Window at the Bernauer Strasse where buildings were in the middle of the border itself, one side belonging to East Berlin and the other to West Berlin.

The probably most gruesome death was the shooting of Peter Fechter on 17th August 1962, who was lying for one hour crying for help at the “Death Strip” near Checkpoint Charlie, in front of allied and West Berlin police, who could only watch helpless how Peter was bleeding to death before their eyes.

The border guards got trained to shoot at the legs to prevent the escapee from crossing the border, but hitting the legs with a fully automatic AK-47 over the distance of 200 yards or more is almost impossible to do. Because of the significant dispersion rate of the AK-47 was it easy to hit the head of a moving target, even if you aim at the feet.

Many more border guards did not shoot as they were ordered to do, shot after the escapee was already gone or aimed deliberately off the target to miss.

Some who did this were just mildly punished, however, some ended up in military prison for violation of article 262 of the East German criminal code of law (Paragraph 262 im Kapitel des DDR-Strafgesetzbuches ??ber das Milit??rstrafrecht).

Border guards also had the order not to shot at Children, Women and on West Berlin Territory, also not at “three targets”, a law that has its roots in Prussian military conduct. Guards usually were ordered to shout “Halt” (Stop) and fire a warning shot into the air first, before shooting at the target directly, but there exist files from the East German secret police, the Staatssicherheit or short STASI, which contradicted and violated those rules. A special unit of the Stasi operated covertly within the border guard units to prevent desertion of border guards. (Souce: Spiegel)

Also the fear of being shot at was not unreasonable. A number of East German border guards were shot at and killed by either the escapee itself or one of the helpers from West Germany or West Berlin.

The first border guard killed after the building of the Berlin Wall was J??rgen Schmidtchen, who was shot by two of his deserting comrades on 18th April 1962.

The exact number of deaths is unknown and varies depending on the source and over time. Here are some of the figures.

Breakdown with deaths before / after 13th August 1961

People have names and each name has a story. Just mentioning figures is cold and without feelings. That should not be… here are the names of 136 identified and verified deaths (as of 1th August 2008) and the year when they died forcefully before their time.

There exist several memorials, which commemorate the victims of the Berlin Wall and German/German border. The most important ones are: 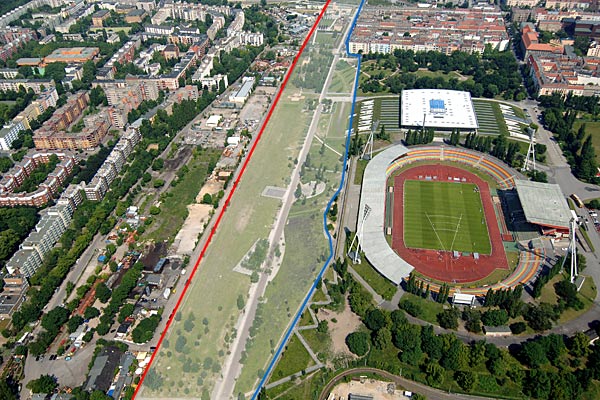 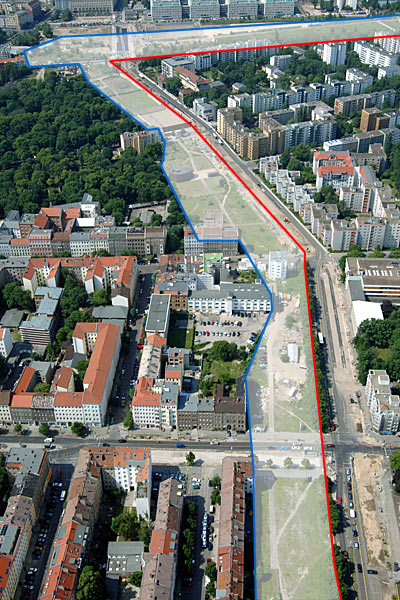 … no more to say… signing off
Carsten aka Roy/SAC