I hear over and over again that geeks and experts strongly recommend NOT using any registry cleaner software to clean up and fix your Windows XP registry database.

Chris Pirillo from Live.Pirillo.com posted a video and blog entry about it a few days ago where he explains why he thinks that most cleaner software potentially causes more harm than good to the system if used by an inexperienced user.

What is the Issue?
I see the point that determining if an entry is really not needed and obsolete or vital to a programs or even operating system operation is in many cases nothing more than an educated guess.

However, I also know that programs are also often doing a bad job with cleaning or removing registry entries they created, extended or removed, if you decide to uninstall the software via the control panel or uninstall link (if one was created by the software application when you installed it originally).

If you would install 50 programs and afterwards uninstall them again without even launching any of it once, your windows registry files would still become multiple times larger than they were before the installs.

A large registry database means slower access by programs and Windows itself to the entries they need or create during normal operations. With growing size also increases the risk of corruption or fragmentation that could make entire sections of the registry unreadable.

Re-Install Windows Again and Again? What?
So what are you going to do? One suggestion that I hear all the time is to “simply” reinstall everything once every 3, 6 or 12 months or so. Great idea!

I use my computer daily and even if I have a detailed plan or script to install and update all the software that I use and need, does a reinstall take me several days without the ability to do anything productive with it during that time. Some software requires several hours to install itself (MS Visual Studio is probably the software that holds the world record for the time it takes to install it), then you still have to reboot the computer several times before you can continue to install software. Then you have to get updates and service packs again and install those, to make sure that you have all the latest patches and security updates applied to your system and closed known security holes.

I tweak or customize the settings of many programs to streamline the processes where I use the software for. In most cases is it not possible to backup the settings and restore them on another system. In some cases exists a feature, but it is hidden somewhere in the application and has to be done manually. Let’s face it, chances are that you either don???t do it or wanted to do it, but forgot it or cannot remember who to do it properly. The result is the same in any case, the reinstalled software has to be configured by hand again to make it work the same way it used to before you started the re-install of your system.

Nope…That does Not Work Either
Making a backup of the program folder and doing a restore on your fresh installed Windows XP will not work in 90% of the cases, because most software copies some of the files needed to run it properly to directories outside its own program directory. The most common place where software copies files to is the Windows System32 directory. Add to that the fact that most programs write critical configuration settings to the Windows Registry database and are have problems if those entries are missing or are unable to start entirely.

No matter what you do, you end up being screwed.

Even if you don’t uninstall any of the software, Windows is able to manage to pollute itself more and more just during normal operation. Also most software developers are not doing a good job and contribute significantly to the pollution of your system. Non-essential stuff is being written to the registry, just in case, files copied to the system directories, also just in case, existing versions of the file with the same file name are simply overwritten, regardless if it is the same version or not, or worse, an entirely different file from another software application that happens to use the same file name for a file it copies to the Windows system folders. Why are they doing it? ??? Because they can.

Faceing the Truth!
System failure or a system that is messed up beyond hope of ever being able to clean up again is inevitable. It is not a question of IF but WHEN the only option you have left to solve your problems with your PC, is biting the bullet and waste your time again on a complete re-installation of everything. I always dread this day and often delay it as much as I can, even if that means that I have to tolerate flaws and problems with the computer that compromise my daily work, slow me down or in the worst case cause the loss of data or something you worked on for an hour or more without saving it to have a system crash take everything you did with it to its blue screen grave.

Tools that I use, anyway
I use tools like the freeware utility CClean and also commercial tools from Uniblue, such as their Registry Booster and SpeedUpMyPC, once in a while to clean up some of the mess that is created by normal system usage to regain some performance back. I never had the case yet that using a registry cleaner was killing my system, but I am aware of the risk. Each of the tools I use show you first what they want to do and let you decide on a per item level, if you want it or not. They also provide a backup option that is enabled by default in the case that a vital entry was removed from the registry by accident.

Solutions to the Dilemma, Anybody?
I have not found a solution that is practical and working to solve this dilemma. I am still searching for options and solutions that either help me to keep the system clean or as an alternative help me to reduce the time it takes to re-install and reconfigure my entire system to make a frequent re-install of Windows a viable option for me.

1. Changing How Software is Installed
Forcing software to install all files only to its own program directory and not to use the windows registry to store vital settings, but save them also somewhere in its own program directory (e.g. in an .INI file or something like that), sounds good and like a plan, but how can you do this in reality. Software that offers you a choice is the exception. Not using software that does not offer this feature is also out of the question. I wish I could make this choice. So how can we do it? I am unaware of any tool that will do the trick for you. Is there anything? Is it even possible to create something like that?

2. Speed up the Windows XP Re-Installation
The alternative is to speed up the process of re-installing your entire system. Windows XP comes with a tool that you can find under Start / All Programs / Accessories / System Tools. It is called “Files and Settings Transfer Wizard” and lets you backup several of your Windows desktop and other settings. This tool was designed specifically for the case of a reinstall of Windows to make it easy for users to re-apply their customization settings to a fresh installed Windows XP system. Unfortunately, this does only work for some of the configuration settings that I do worry about. It does not support third party software, not even for other products from Microsoft itself, such as Microsoft Office.

It would have been great, if Microsoft would have made it an open solution, or better, a mandatory solution, that software developers could use to allow the export (and import) of their software???s configuration settings.

So what settings does the tool support?

Also some folders are backed up

Also the settings for the registered file extensions can be saved. This are basically the file associations for “open“, “view” and “edit” that you can use to tell Windows, which application to use for known file types, depending on the desired action taken for a selected file (in Windows Explorer etc.)

The advanced mode allows experienced users to add files, directories and file types (extensions) to the list, if they were not selected by Microsoft automatically already. Folders like your Internet Explorer favorites (C:\Documents and Settings\ (Username)\Favorites) or the “Sent to” folder (C:\Documents and Settings\ (Username)\SendTo) are probably folders that you want to transfer over to your new installed system, just to mention a few.

The appearance of WinAmp in the list made me think. Maybe there is the option for programs to tap into this backup wizard, but nobody knows about it, thus don???t use it. The wizard even told me in the process that I have to make sure that WinAmp has to be installed on the new computer first, before I restore the settings for it to avoid problems.

You cannot add custom settings via the wizard, not even in advanced mode. You also cannot add specific blocks from the system registry to be included in the backup (and restore). 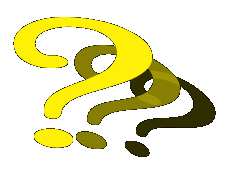 Does anybody know about a tool that scans the computer for any installed software, its registry entries and file locations (including the files that were installed outside the program directory) and then adds all the needed settings, files, folders and file extensions to the settings of the backup wizard?

What else can I do to speed up the re-install of the system? Being able to create a setup CD or DVD for Windows XP itself and for the larger applications like MS Office etc. which already contain the latest Service Pack and any additional update and security patch would be helpful. I read somewhere that there are ways to do that somehow, but it looked very complicated and not as if a regular Windows user would be able to do it himself.

I am open to any suggestion at this point. If you have any ideas, comments, additional questions, recommendations or opinions to this general problem, feel free to comment in the comments section at the end of this post.

Thank you
Carsten aka Roy/SAC