« About One on the Quest, to Burn a Legal CD - The Demoscene Came a Long Way »

I was browsing in the Defacto2.net document archive of the PC scene and found a reference to an interesting article written by Stephen Granade titled “Warez, Abandonware, and the Software Industry“.

The article discusses in detail the subjects software piracy, copyright with a few on it from a perspective of a new type of software piracy called “Abandonware”.

Abandonware provides access to games that are old, out of print and not supported anymore by the software company who created it or owns the copyright. It provides multiple functions; one of which is to provide support for rightful owners of the software to get a replacement, if their copy was damaged or the disk where it was stored on is not readable anymore. It also provides people access to historic games that cannot be acquired legally anymore, since they are not being sold anymore. The third function is to provide current game designers with an archive to study how other game designers in the past worked and how they did things that worked or not.

Abandonwares sites often provide also the means to play the old games, especially if they are for hardware platforms that are also unavailable today, such as Apple II, Commodore 64, Commodore Amiga, Super NES and other old Nintendo consoles, Sega consoles, old Sony Playstations, Atari game consoles and home computers. This means are emulator programs for modern computers (mostly Windows PC) that emulate the old hardware platform and load old game code to run on your computer. Even old PC games for MS DOS that don’t run on modern Windows PC anymore require an emulator to make them work.

The problem is that this activity is illegal.

Copyright is valid for 75 years. No computer game has reached this age yet, because computers are not even around that long. 75 years are an eternity in the computer market where virtually nothing survives more than 5 years before it becomes obsolete and unavailable to purchase.

Old stuff is not profitable enough for companies to care about, but when it comes to copyright, some of them actually do care, even though they do not provide anybody the option to obtain the usage rights legally. There is no official body for the preservation of old software. There are some non-profit organizations that concern themselves with the preservation of old computer hardware.

If it wouldn’t be for enthusiasts and Abandonware sites, many of the software from the past would already be lost forever and forgotten by most people. Maybe the name mentioned in a magazine and some eyewitnesses who actually played the game in the past would be the only thing that remains. This reminds me of my previous post, which is also about copyright, but specifically about an issue with music and the impossibility of an individual to get the required licenses necessary for a legal re-distribution on a small scale.

They are fuzzy when it comes to software anyway. Stephen explained that nicely in his article, quote:

Who is enforcing the copyright anyway?

The two major industry groups are the Software and Information Industry Association (SIIA) and the Business Software Alliance (BSA). Both organizations take software piracy seriously. And they will continue to enforce the current copyright laws as long as its members want them too.

Another good article for further reading about this issue is “New Front in the Copyright Wars: Out-of-Print Computer Games” by Greg Costikyan from May 18, 2000, published at the New York Times Technology Circuit.

Stephens article also talks about Warez and what the difference is between Warez and Abandonwares. When it comes to Warez, I feel that I am also a bit qualified to say something about it. Stephen brought some examples up that were provided by the SIIA and BSA about the damage that software piracy Is causing for the software industry.

Here are some quotes:


Each year for the past six years, the SIIA and BSA have compiled statistics on business software piracy. Their figures show that world-wide piracy has declined over the past six years, from a rate of 49% in 1994 to 36% in 1999. Despite this drop in the piracy rate, the calculated cost of this piracy has remained nearly the same, from $12.3 million in 1994 to $12.2 million in 1999.

How are these figures determined? According to Peter Beruk, the Vice-President of Anti-Piracy for SPA Anti-Piracy, a division of SIIA, the figures are compiled by International Planning and Research (IPR), a Washington, D.C. firm. IPR calculated how many computers were being sold into a country for business purposes and how much software was being sold. IPR then compiled statistics of what software was being used in office settings. From this they could calculate how much software should be sold to match the number of business computers in the country. The deficit between the ideal sales rate and the actual one is the piracy rate. By multiplying that number by the street price of the software in question, they arrive at the figure for lost revenues. This is done on a country-by-country basis.

Peter rejects the argument that, even if you eliminated piracy, software sales would not increase, at least in the business realm. “We believe that actually all of that number [of pirated copies] would have turned into [legally-bought] copies. Why would a copy be made and sitting on a computer if there was no intention to use it?”

This calculation is BS and of course in favor of the software companies. Software licenses are in most cases outlasting the life of a computer. Many software companies also offer free upgrades to existing customers. There is no statistic for the average life time of software and hardware, but I can backup my claim with my own real life experience. Not just computers and software that I purchased, but also friends, families and companies I worked for or provided computer support.

Needless to say are claims that are made in court, if somebody is persecuted for warez distribution, also often totally absurd. Figures like number of downloads or copies made of the software are sometimes used as if everybody who gets a copy for free would (or could) actually buy the software, if no access to the pirated copy would have been available.

Most wouldn’t buy the software if it would not be free, many also cannot afford to buy it. Stephen suggests that maybe 1 of 20 would have maybe bought it, but this figure is only an educated guess. I know that this figure is definitely lower when it comes to individual within the wares scene itself who are often not even interested in most of the software they swap around.

The free copies that are spread around also do not harm software companies in every case. The lost sales due to illegal copies are sometimes offset and exceeded by sales that were made thanks to the existence and wide spread of the illegal copy of it. I would like to know how many sales of let’s say Adobe Photoshop are a direct cause of somebody using privately a pirated version of the software. Designers who come fresh from college are often experts in the use of the software and I don???t think that the majority of them owned a legal license for it when they were broke students who had no money to spend, but plenty of time to learn to use complicated software such as Photoshop. 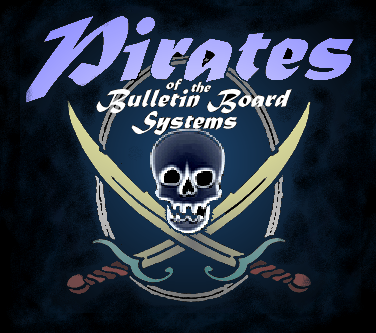 When those designers start working professionally, guess what software they demand and get? The same software that they used illegally, but now licenses are purchased by the company because it is used commercially and the cost of it are justifiable, due to the revenue made because of its use.

With games does it work a bit different, but even there does the illegal copy sometimes help to increase sales. I don???t know who owned a legal copy of the original DOOM game by the shareware software firm ID Software, but I know that they made a lot of money with the franchise over the years. Doom 3 sold millions of copies and even a movie was created based on the game series. I wonder if those profits would have been made, if no illegal copies of the game would have been spread all over the world via bulletin board systems and copies made for friends in school. They would probably work today on Commander Keen Episode 54 with a three person team.

But here is the catch that comes with my equation. It does only work for good software titles and not with rip off and low quality junk. Unfortunately, the majority of software does qualify as junk. Did things changed dramatically in the last 10 years and I am wrong with this statement? I can only talk about my own past experience from a time when I saw every software title release that was released on a daily basis.

The laws are so wrong and it is about time for a change.

The recent announcement of a planned lawsuit of the Village People and Price against the Torrent search engine Piratebay.org, Operation Buccaneer and other operations like that by the BSA and SIIA, the suit of Metallica against Napster or the thousands of RIAA Lawsuits against consumers will not make it better for anybody. The issues will not go away and the anger of the consumers will only increase. Companies who make normal people to criminals will find a special place in the heart of their actual customers.

Legislation that allows this to happen is also not free of guilt, but we are only talking about the liberties of the majority of people here. They have of course to take a back seat in the face of interests of a few profit hungry individuals who own software companies and record labels. Democracy would be too nice, if it would actually be practiced, but it’s only a word anyway, right?

I have only one thing to add to this and that would be this nice video here.

What are your thoughts about this issue?
Cheers!
Carsten aka Roy/SAC
4 Comments